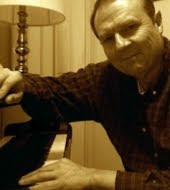 Larry Barnes will serve as composer-in-residence for Ecuador through Kentucky-Ecuador Partners, August 6 through 20. He will visit and present in Quito, Cuenca, Ambato, Riobamba and Cayambe. Barnes will present a lecture on American popular music history; lead a workshop on popular song composition; meet with Ecuadorian composers to review their music; present an evening program of his own music; and meet with music historians to learn about the country’s native music. Barnes is Professor of Music at Transylvania University in Lexington, where he teaches composition, music theory, Jazz/Rock history, and world music.

Teresa Cox, a student at Western Kentucky University and the first recipient of the Kentucky Ecuador Partners scholarship has returned from a KIIS study abroad program in Ecuador. She writes:


Discovering downtown Quito, in all of its diversity, filled my first few days. Coming from a town of 10,000 with only a handful of stoplights and fast food restaurants, I was amazed to stand in a city the size of Quito, especially one with such diverse socioeconomic cultures. Driving downtown, we passed an opulent casino and ritzy hotel. A block later, we saw barefoot children playing in front of graffiti protesting the conservative political movement and rallying for support for the socialists. The town stretched on for miles, seemingly days. And I was hungry to drink in as much of it as possible. 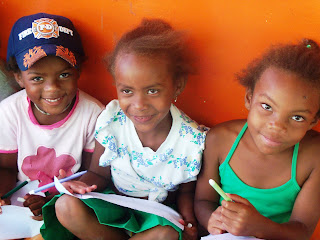 One of the greatest aspects of the trip was the service learning component. We conducted dental brigades not only in Quito, but also in the remote Afro-Ecuadorian community of Santa Anna. Both brigades were – honestly – more than words can describe. I held the hand of a little girl while she had five teeth extracted and wiped her tears as she sobbed from the pain of the numbing injections. I hugged mothers who cried from gratitude that we had given their child such as a precious gift. I watched barefoot children, covered in dirt, learn what a toothbrush is. I spoke with a beautiful woman who told me that despite the lack of running water and electricity and, oftentimes, food, that the community in which she lives is the best place to live in the entire world because everyone there is happy – and after seeing it, I believe her. 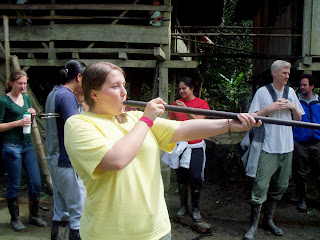 We travelled to the rainforest and I made connections and friendships for which I will forever be grateful. The lodge at which we stayed, Yachana, has a neighboring high school, Yachana Colegio Technico. Not only were we able to interact with the students while they were at the school, but many of the students also volunteered at the lodge, serving meals and making beds in order to socialize with the “exotic gringos.” Without electricity, there wasn’t much to do, and on a whim one night, another girl and I decided to take some music outside and dance with some of the kids. They were astounded that the tourists wanted to spend time to them, talk to them, even dance with them. We learned to salsa, we talked about life, we practiced their English, they helped us practice our Spanish, and we bonded. I have a very special place in my heart for those high school children whom we spent two weeks getting to know. 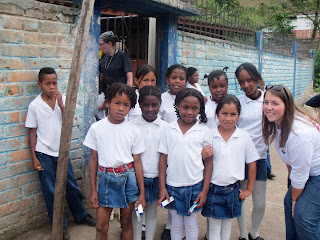 I stood on the Equator, something that I only dreamed about doing as a little first grader in elementary school. I sunk my toes in the sand by the Pacific Ocean and navigated 6 hours on a public bus. I drank chica. I ate grubs roasted on a banana leaf. I laid outside on the ground and looked at the stars that are only visible in the Southern Hemisphere. I visited an indigenous shaman who spoke Quichua and managed to rid me of my ills. I learned how to use a blow dart gun. I hiked for three hours in a primary, untouched rainforest, literally watching our guide machete a path for us as we went. I met an amazing family in the middle of a McDonald’s in Quito, with whom I sat and talked to for nearly two hours. I swam in the Napo River and watched the local children in the community jump in the Napo for bathing. I played in the rain with high school kids and afterward, jumped into that same river fully clothed to continue our water fight. I feasted on every type of fruit I could ever imagine (and many I would have never imagined), yucca, and even a stew made of stinging nettles. 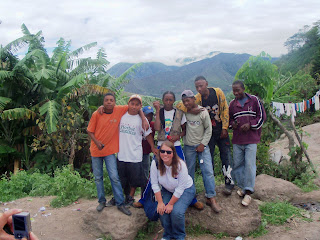 I learned how to say basic greetings in Quichua. I interpreted rather spontaneously for a Hungarian woman in need of a pedicure at the mall. I bought handmade jewelry at the market in Otavalo. I sat with my feet in a river, singing Michael Jackson songs with four eight-year-old children who had decided that they wanted to talk to a gringa. I danced to reggaeton music with a ten-year-old boy who blushed the whole time, and a seven-year-old girl who wanted to dance like an American. I rode a cable car up to 14,000 feet in altitude and marveled at the beauty of Quito. I fell in love. I woke up and realized that this is where I wanted to be. This was home. Crying on the flight on the way home, I knew that I already felt homesick for the place I had so quickly come to know and love. I don’t know when it happened. I don’t even know how it happened. But Ecuador stole my heart. 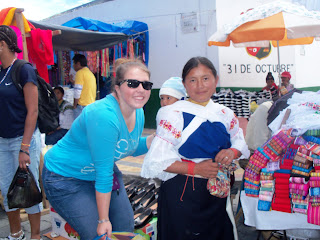 My memories from my trip are some of the best moments of my life. The clarity, the simplicity, and the beauty of the place enraptured me. I have never felt so happy, nor have I felt so calm or at ease – completely sure of myself and exactly what I need to spend the rest of my life doing.

I will always be grateful for my experiences in beautiful Ecuador, and am anticipating my return – my chance to return to this distant place with rivers and rainforests, with beaches and children playing in the streets, with people who have the biggest hearts and the biggest smiles I have ever seen. Mostly, I just anticipate my chance to go back “home,” to the place which I was fortunate enough to have found where I truly, and genuinely, belong.

photography and text by Teresa Cox 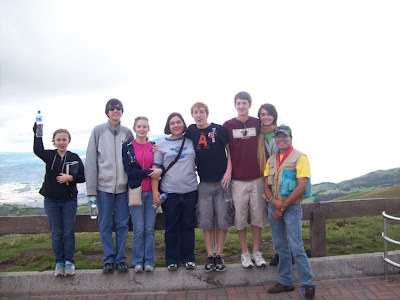 This past May [2010] Randy Barrette, the Spanish Teacher at Menifee County’s high school and at-large member of the Kentucky-Ecuador Partner’s Chapter took a group of 7 students to Ecuador.  Their guide was none other than the Quito chapter’s Executive Director, Miguel Castañel.

Below is a collaborative piece in which the students describe the impact the experience had on them.

Through our experience we have learned about the people and places in Ecuador.  Ten days is not a long time, but what little time we were there, we were immersed in a different world.  We learned about the geography, culture, and a little bit of how society works in Ecuador.  If we had to summarize our experience in about twenty-five words, this is what we would say:  Our brief yet memorable trip to Ecuador opened our eyes about the world to show that there is more to life than our small town.

What we carry back in our hearts and minds is how much we appreciate our country.  We don’t realize how much we love and understand our country until we see the way others live.  We also carry back the pleasure we had to see so much, and from such a beautiful country.  From the rainforest to the city, our eyes were always taking in new sights.

While in Ecuador, we experienced poverty, and stereotypes were broken.  We thought that if an individual was indigenous, they were impoverished, but that was just the opposite. We were fortunate enough to visit an indigenous family’s house to see how they made their living and the beautiful, luxurious house they were able to afford because of their hard work.

We feel more knowledgeable now that we have seen the way others live, interact, and use their land in so many ways.  Instead of the man-made dependent society in the U.S., Ecuador uses natural resources to its advantage and in a way that protects itself, which surprised us.  Our amazing trip has led us to understand more about the country and the unique aspects that make Ecuador so wonderful.  We learned that we could be taught in different ways than our typical classroom set-up.  Our group learned from the world through our traveling in Ecuador. 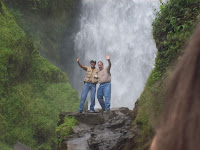