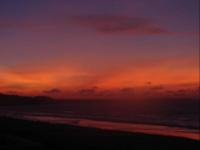 On Sunday, February 13, our friend Leonardo drove us to Ambato, where we had been asked to join Lexington’s Dr. Henry Vasconez and his group of about 80 doctors and nurses. Their team would be performing plastic surgeries all week, and we would be applying fluoride varnish on kid’s teeth. Also, we had planned to go to the women’s prison. (When we were here with Beau Haddock and The Highland Rim in 1996, one facet of our program and video had been a report on this prison. Unless things have changed, when a woman with small children is imprisoned here, she must bring the children with her, then depend on family and friends to feed them. We had hoped to apply fluoride varnish and provide toothbrushes and beanie babies to these women and little ones).

After much confusion, we were able to find the team at a local hospital, where they were interviewing prospective patients for surgery. This group does a great service, performing surgeries for free on only the worst cases, daylight to dark, for one week. But, upon arrival, I was informed by Henry’s sister that all our dental supplies had gone missing. With no material there was nothing for us to do, so we returned to Quito. About 30 minutes outside of Quito it began raining, and the temperature dropped dramatically. Our spirits began to flag, also.
Several weeks prior to this, we had met an enthusiastic young gringa from Lowell, Mass. at Cafe Este. She had told us she was volunteering as an ESL teacher in a kindergarten in Canoa, only having come into Quito to renew her visa. We had had no plans to go to this beautiful surfer’s paradise town, but she said her kids would really benefit from any dental care we could provide, and we had told her we would try to get to her town at some time during our stay. The colder and damper it became on Sunday evening, the more we thought about the coast. I decided to go to the airport the next day for tickets to Manta, knowing we would then have two bus rides before we could reach Canoa. On the way to breakfast the next morning, we ran into Leonardo and told him our plan. He said with the new multi-lane highway, he could put us in Canoa in 5 hours, about 1/2 the time it would take us to fly, then catch those two buses. Right after breakfast, we were off to the beach!
The drive to Santo Domingo took us through the beautiful sub-tropical cloud forest. After Santo Domingo we headed west to another city, El Carmen, then directly west on a new highway to Pedernales. This entire area is tropical farms with houses several miles apart. Population is sparse and we went through several small villages with perhaps 80-90 people, and with names such as Humidity, Dry Town and Slow Horse. (Sounds like some of our towns in rural Kentucky). I was amazed to find that the mountains here extend all the way to the coast, and the views were breathtaking. Upon reaching the coast, we hung a hard left and were off toward Canoa. This area of coastline had almost no development and was completely rural and most folks were getting around on horseback.
When we arrived in Canoa exactly 4 hours and 50 minutes later (that Leonardo is simply the best!), we checked into Hotel La Vista, where our room faced the ocean, with a balcony and a hammock and two chairs. We would spend every evening there watching the glorious sunsets. (Sunsets are something which we have rarely witnessed in Ecuador, as right on the equator the sun pretty much rises at 6:00 A.M., and sets at 6:00 P.M., end of story).

Canoa is a small fishing village with a great beach and waves which break perfectly for surfing, drawing a lot of gringos here. When we say small, we mean about six blocks square. It would be impossible to get lost here. There are cliffs behind the town which are used by parasailers and hanggliders. Along the beach are many great restaurants and funky bars. Our two favorites were the Costa Azul (for great shrimp, calamari and ceviche), dinner for two with drink $9.50; and La Flor, a gringo restaurant, where the bartenders are both from Michigan and one and perhaps both (we were unsure) are married to the beautiful daughters of the owner-cook. The owner and the daughters are not Norteamericanas, but we were also unsure if they are Ecuadorian. In the event, the place is very eclectic, with cool music, a great vibe, terrific food, and they disinfect all the fresh veggies, so we could actually eat everything on the plate. And, is it good! Yum. Canoa is famous for having more hammocks per capita than any other place in Ecuador, so after a hard “hammock day”, (and after having had our luncheon calamari at Costa Azul), we would escape to the caring arms of La Flor.

One night at La Flor, we met a really nice guy from, of all places, London, KY. They told us he had come down for a visit 7 years ago, and just never went home. Like many Kentuckians, he hated winter there and felt he had found paradise. Is he wrong? I think not. His name is Greg Gilliam, and he is building a beautiful new hotel right on the beach, just at the end of the town’s development. He asked us to bring him an Ale-8-One next time we visit, so that is on our agenda. Also, the bar at La Flor sells whiskeys from the U.S., including Jim Beam. I said “But, I always heard that Jim Beam drinks Makers Mark”. So he showed us the now-empty bottle of M.M., the only evidence of how popular it  truly had been, so we will definitely gift them with a bottle next year. Hey, we want all these folks to jump in and help with the fluoride varnish, and we learned a long time ago, that it is wise to “grease the wheels” in Ecuador; this will be money well spent.

We met with Elizabeth Stark, who owns a hotel next to La Vista and works with the James Dean Byrd Foundation, where she places volunteers to teach English and other subjects. She arranged for us to visit the local health clinic, where we trained the local dentist to place fluoride varnish and treated several kids and adults there. We then went to a government-run day care center and treated all the kids and adults there. (Had our large supply of varnish and brushes not been lost in transit to Ambato, we’d have had much more material to work with). We also handed out beanie babies and neon-colored  bracelets with “Happy Molars” printed on them (we would  occasionally see these throughout the town later) and school supplies.

Leonardo came on Saturday to spend the night, so we could get an early start back on Sunday morning. After dinner, we took a drive to San Vicente and then across the longest bridge in South America, just completed last November, to Bahia de Caragues. The trip to Bahia from San Vicente used to take 1 1/2 hours, as Bahia is located on a peninsula separated by the Chone River. Bahia is one of the cleanest towns in Ecuador and in 1999 declared itself an “Eco-City” because of its efforts to promote recycling, conservation and environmental awareness. This entire area from Canoa to Bahia is not to be missed.

The next morning, after a great breakfast at La Vista, we were off again, to be thrown back into the real world. Our memories will have to sustain us until we once again, hopefully this time next year, lie in that hammock and watch the beautiful, changing colors as the sun sets again over the Pacific.