Auki Tituańa is an Economist and former professor in the Universidad Andina and ex-Mayor of Cotocachi. These photos were taken at his foundation. Other personnel in the photos are Wilson Ruiz, Rankin Skinner and Leonardo Ońa. A bunch of indigenous children were seen for Fluoride Varnish with ACP and were given toothbrushes in the school in Imantag, near Cotocacki. 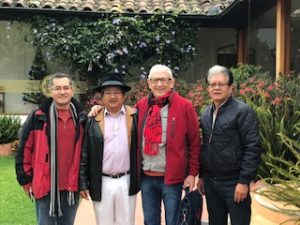 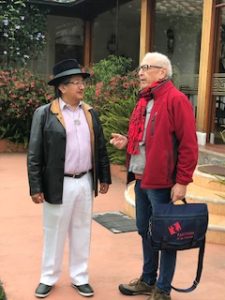